Cris Mazza’s newest title is a hybrid memoir titled Something Wrong With Her [http://jadedibisproductions.com/cris-mazza/]. She has sixteen other titles including Various Men Who Knew Us as Girls, Waterbaby, Trickle-Down Timeline, and Is It Sexual Harassment Yet? Her first novel, How to Leave a Country, won the PEN/Nelson Algren Award for book-length fiction. Mazza has co-edited three anthologies, most recently Men Undressed: Women Writers on the Male Sexual Experience. In addition to fiction, Mazza has authored a collection of personal essays, Indigenous: Growing Up Californian. Currently living 50 miles west of Chicago, she is a professor in the Program for Writers at the University of Illinois at Chicago. 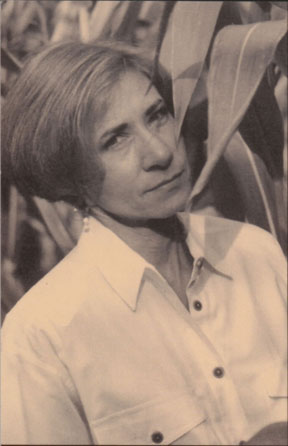 Interview by Jack Little and published in Issue 32 of The Ofi Press.

1.   Do you think that female writers in the USA face more challenges than men to get their work noticed?

An organization called VIDA (Women in the Literary Arts) has taken it upon themselves to prove the latter: http://www.vidaweb.org/the-count-2012

Generally it shows that in the areas of books published, articles published, fiction & poetry published, as well as books-reviewed and who does the reviewing, male writers are given two-thirds of the space and attention.

So this tells us the challenges are already there, are part of a “system.”  Even when we’re blithely unaware of them.

Before my first two books were published by an experimental press in the early 90s (and yes, that press was actively seeking to add female writers to its already male-dominated list), the manuscript that became my 3rd book (and first novel) won a national award for unpublished fiction and the judges admitted they had been unaware of my gender.  The manuscripts were read anonymously, so the gender neutrality started there, but I believe they added their comments after being told the name of the winner, and at that time they encountered my androgynous name.  So a gender bias “issue” might have been present in the trajectory of my early books.  How much it impacted – either the publication of the first two or the prize given to the 3rd – I can’t say.

For a while my male graduate students complained (under their breaths) that women had advantages, as there were anthologies being published, in the 90s especially, that featured only women writers.  “Why can’t there be an anthology for only male writers?” they asked.  My reply was always “You mean there haven’t been any in the history of publishing?”

Then the VIDA count brought home what had always been lying under the surface of all that “female favoritism.”

But women writers always seem to find ways – or niches – to command attention, and the last big one was Chick-Lit, a phenomenon in which I played an unintentional and unwilling part.  An anthology I co-edited, Chick-Lit: Postfeminist Fiction, pre-dated Bridget Jones’ Diary and any media or book-publicists’ use of the term.  I wrote a tongue-in-cheek woeful essay about how that happened.  It actually got put into a serious scholarly book about the “new” chick-lit as a genre.  Here’s the book, then scroll down to page 17 to see the essay: http://books.google.com/books?id=lMjey3Bese0C&printsec=frontcover&dq=Chick-Lit&hl=en&sa=X&ei=ozb5UaihKYj4yQGi8IHYAw&ved=0CEQQ6AEwAg#v=onepage&q=Chick-Lit&f=false

Another popular statistic would seem to indicate women shouldn’t have problems with publishing or having their books noticed: studies tell us the vast majority of people who read literary fiction are women.  But think of it this way: if female readers will read books by both genders but men tend to only read books by men (other studies show this … sorry, can’t cite them) … then do publishers assume books by men will always have the most readers because they “appeal” to both genders while women’s books don’t?

2.   To what extent is the label "feminist writer" useful?

Anymore, not much.  American college students will routinely say that they agree that women should have equal rights and opportunities, get paid equally for equal work, etc., but that they are NOT feminists themselves.  My only way to understand the nonsensical nature of this is that they have been inundated with shallow right-wing rhetoric defining a feminist as a militant man-hater (and there are other ugly adjectives regarding various body images linked to the term feminist as well).  Simply, the uninformed young woman is afraid men won’t be attracted to her if she claims to be a feminist.

I can imagine that the same line of ignorance would, could and does exist when the adjective Feminist is attached to the label author.

In short, all labels basically serve to reduce a writer’s readership.  The reading public, including intelligent readers as well as those more oblivious, are all apt to decline to read a book if it identifies the author as an associate of some group the reader is not interested in let alone believes it is something he or she actively dislikes.

To the extent the label Feminist in particular is not useful for me is that there are some who do believe that I am not a good enough Feminist.  I’ve been occasionally criticized by Feminists for the grey areas beyond right-and-wrong that I explore in my books, for example sex between an adult male and teenage girl, ‘reverse’ sexual harassment, ‘reverse’ spousal abuse (why is it called reverse … because it’s “supposed” to be only a women’s claim of victimhood?).  These are the types of things that can get me into trouble if I claim to be a Feminist writer.  I don’t know anything about Feminist theory (now, I believe, called gender theory), and while Feminist scholars are apt to find useful discussion material in my books, I can’t write toward ideas of Feminist theory.

3.   Do you have a favourite novel that you have written and why?

Every once in a while, I’ll pick up one of my older books, open and read a random selection, and either wonder if it was the best book I’ve ever written or wish I could revise it and release again with a new title and tighter/improved content.  In other words, it depends on my moods.  I suppose the answer would be the same if you ask parents of more than 2 children which is their favorite child?  Each one (book, that is) represents (for me, personally) the era in which it was written: what I was doing, where I was living, what troubles I was trying to overcome, etc.  So true comparison for me is not possible, they’re too tied to who and where I was at the time.

4.   Do you have a novel writing method?

I don’t press, don’t start unless I’m moved to, don’t work any particular day (even after I’ve started) unless I have something to add/build on what I’ve already written.  I will revise the first chapter or opening many times throughout the drafting of the rest of the novel because I can’t find clarity in developing toward the end unless I’ve got the right foundation.  I accept that I am going to feel confused and frustrated for several months. I trust that when I’m stuck a solution will eventually come to me so I don’t stress too much about how long it takes. In the meantime, I revise another part or do some research that’s waiting.  I don’t write any the first draft out of order (except to go back and revise).  If I try to write a scene that will be later in the book without writing everything leading up to it, I very likely will not yet know everything that will be there leading up to it!  I understand and accept that I will surprise myself, that I can’t possibly know what I’m going to end up with before I get there.

5.   What literary projects are you currently working on?

I’m drafting a story that will be told in both fiction and memoir.  There will be a novella and five to seven personal memoir essays.  The links between the two will be obvious, but not discussed or explained.  Together they will tell a more complete story.  The main character in the novella is a man trying to get through his life in a growing-abusive relationship with a woman (and her children from a previous marriage) he took on just because he thought he’d never find anyone to take the place of the girl he’d wanted.

6.   Is your nationality an important part of your identity?

Do you mean my citizenship as an American?  Or my heritage as a decedent from an Italian immigrant?  “Nationality” in the US seldom means our citizenship! I just realized how strange that is, and it actually helps answer the question.  I can’t possibly say I don’t view the world from a point of view influenced by being American.  But there are so many kinds of Americans, and I’m pretty embarrassed by most of them.  I once wrote to a writer I’d become acquainted with in the UK and told him I hoped people there were aware that there were many of us here who were ashamed and aghast at what our so-called elected officials were doing. (This was after the so-called election of 2000.)  But I also can’t respond to art, nature, history, anything really in any way that’s not inherently American.  I just never think consciously that that’s what I’m doing.  Which is probably about as typically American as you can get.  (Or it used to be, as there are far too many ignorant blow-hard American “patriots” these days.)

As far as my Italian heritage … I’m probably too far removed from it for it to be predominant in my identity.  Certainly my identity does not include being tall, willowy or blond, and that’s because of my Italian heritage!  I think my identity has been more marked by my experiences being female in the 2nd half of the 20th century, and being a middle-aged female in the first years of the 21st, than by any national origin of my ancestors.

7.   Could you share any advice for young writers who are just starting out?

It’s all so different now than when I was starting, I’m not sure my experience crates valid advice.  There was no need to “create a brand” or an “online personality” as young writers are now being told.  I didn’t even call myself a writer until I’d published a few books and didn’t refer to myself as a novelist until my 3rd novel (and 5th book) was out.  So my advice might be: always assume you don’t know enough, always go about your writing understanding you have tons more to learn.  Read … a lot … and of course you’ll learn by what’s good, but don’t be afraid to recognize that not everything that’s published is good.  Learn from that too.  And listen and watch, because the best stories might not be those that are happening to you.